The Battle of the Red Rail

Last Friday, on August 27th of 2021, Colleyville Heritage High School played against Grapevine High School in the Battle of the Red Rail annual football game. At the beginning of the same day, a pep rally was held to build up hype for the very important annual event. After the pep rally, students went back to their classes and hours later it was time for the game to take place.

At 6:30 PM, the gates opened at Mustang-Panther Stadium for the annual game. An hour later, at 7:30 PM, the Grapevine High School Mustangs kicked off the game. Only minutes into the game, Colleyville Heritage scored their first touchdown and extra point, putting the point total at 7-0.

At the half, the score was 21-0 Panthers. For the halftime show, Colleyville Heritage Cheer, Flag dancers, diamonds, and band all performed dance routines. Students on the Colleyville Heritage side of the stadium were ecstatic at how well the game was going so far, and they were very excited for the second half. The stadium was lively, and very hyped for the second half of the game.

After the half, Colleyville scored another 2 touchdowns during the 3rd quarter with a resulting score of 35-0 Panthers. one of these touchdowns, scored by Dylahn McKinney, a Cornerback for the Colleyville Heritage defense scored a pick-6 after intercepting the ball thrown by the Grapevine Mustangs quarterback. When asked about the play, McKinney simply said “I do this.” And do it, he did.

During the 4th quarter, the Mustangs got their first touchdown of the game, and Colleyville also gained one more touchdown as well. At the end of the game, the score read 42-7, which is a impressively large score for the Panthers, and continuing their streak for winning the Red Rail Game against the Grapevine Mustangs. 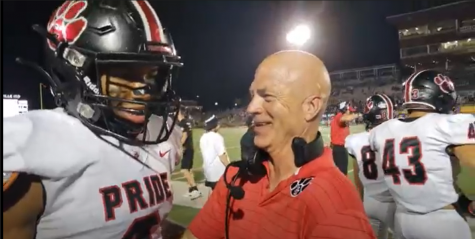 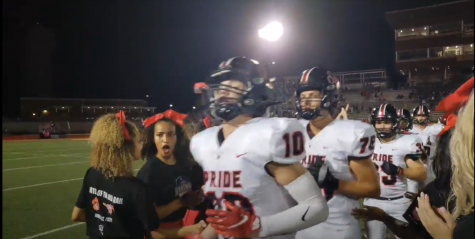