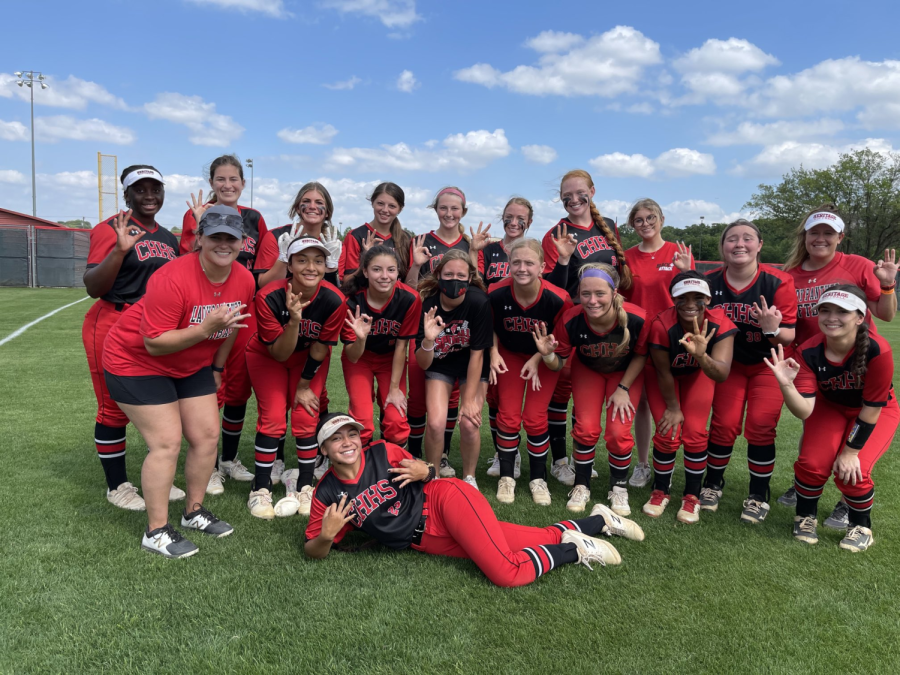 Allison Conaway grew up playing softball and attended Oklahoma Christian University her freshman year of college on a softball scholarship. She transferred to Stephen F. Austin State University her sophomore year. Throughout the remainder of college, she played as the starting right fielder. In addition, she was named an NFCA Academic All American because she had such a high GPA as an athlete.

She has been coaching for the past 23 years and originally took a liking to coaching softball during college.

“I wanted to be a teacher and I loved softball,” said Conaway. “I also found a love for coaching helping at camps during college.”

This school year begins her 10th year as the Head Softball Coach. Over the past several softball seasons, the team has made it to the playoffs, every year but one, three district championships, in which they won and regional quarterfinals.

“I hope the team this year can recreate the team chemistry we had last year,” said Conaway. “I want the team to win back-to-back district championships and make the state tournament.”

Denae Vasquez-Dickinson, senior, has played on varsity for three years. She plays center field and appreciates how Conaway has pushed her to be better. Her hope for the team this season is that they achieve just as much success as they did last season.

“I hope we win lots of games and make it to the playoffs,” said Vasquez-Dickinson.

Melia Lindsey, sophomore, is a new student this school year. She moved from Oklahoma and plays center field and is a first baseman. She is looking forward to the season ahead as well as growing with all the girls. She feels that Conaway has made a positive impact on her relationship with softball.

“Coach Conaway has made me feel more confident in playing softball,” said Lindsey. “A lot of girls think that she’s hard on us, but I look at it in a good way. She only wants the best for us and she wants us to listen and learn from our mistakes so that we can be better players in the future.”

Scrimmages for the upcoming season begin January 29th and games will follow shortly after on February 15th. Conaway hopes that the season ends on a high note in June at the state tournament.

“I like seeing the team come together as a unit and seeing the girls develop into leaders and just overall, amazing young women,” said Conaway.