Coming To A Theater Near You… 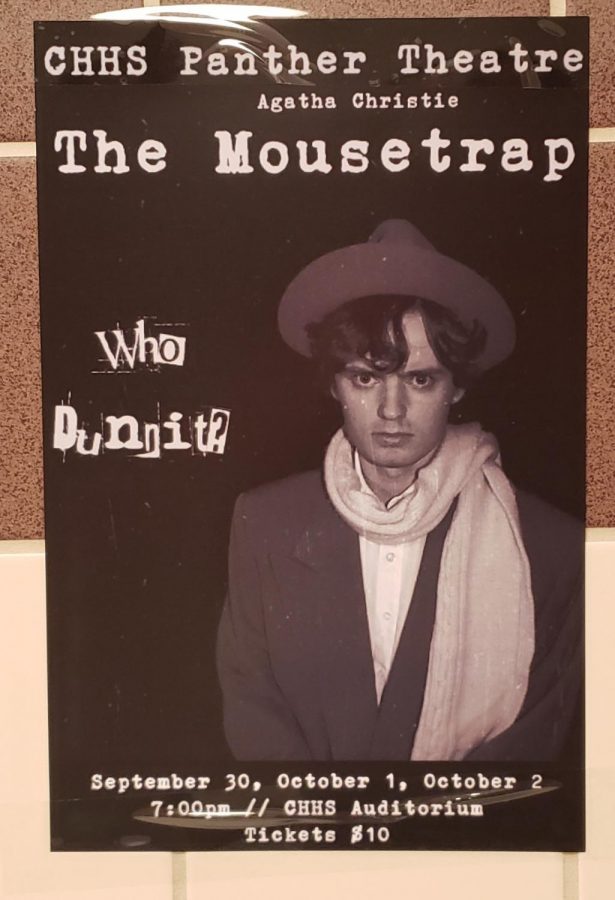 The fun of a murder mystery story is the mystery behind it. “Whodunnit” stories are always an entertaining way to tell a story, and the audience is going to enjoy figuring out who did the murder.

“It follows a young couple that is opening up a temporary house for some individuals in Britain 1952, and the day they open and receive guests, there’s a crazy murder that happens in London, and the police find a document that says Three Blind Mice, and once mouse being canceled out then the address to this lodge or this house that these young couple are opening. So, there’s reason to believe that the next two mice to be killed are at the lodge.”

The story follows a young couple who are starting up a business taking in guests to stay in their home, sort of like a hotel, when a crazy murder happens in London and a paper found at the scene of the crime has the address of their home on a list, which leads them to believe that the next victims would be at there home.

“(The production) is going great. We have some really talented actors that are involved, we also have some amazing technical designers that are designing probably one of my favorite sets that I’ve ever had in all of my time doing theatre. But, the acting is phenomenal. We have some really good actors and they seem to work together really nicely, so we’ve only been rehearsing for three weeks and we are in a really good place to put on a show three weeks from now.” Mumford said.

The production of Mousetrap is going well. With only three weeks of rehearsals so far, the show is looking really good for a performance three weeks from now. The actors and technical team are doing a great job.

“Well, you have Deric Marsh, the soccer-player-gone-actor, Anna Grigsby, a sophomore, you have a new actor, JP Werth, he’s awesome. You have Ella Hutchens, who is the main lady, you have Luke Radandt, who is the inspector sent to investigate, you have Katelyn Fugitt, she is fantastic and she is a veteran actress, and we also have Kyra Shields, who is normally a technician working with costumes, but she had such a good audition that I had to cast her. And I believe that we also have Sophi Wright as our radio voice, she does a wonderful job, and Hayden Dietrich as Major Metcalf, he’s a Major from World War II. But yeah, then we also have all the technicians such as Colby Ray running sound, Ashley Rose on microphones, Jillian Davis doing lights, the stage manager William Chen, who always brings it, and he’s got his two assistants Ian and David Lasch, and we also have an Assistant Director, Laci Jackson, who has been a huge asset in all of this because she has been able to give different opinions, she’s able to give some good advice, having been in a lot of show herself. Then we also have Alexis Wong, who has come the last couple of rehearsals just to give some extra eyes to help the action, I believe she is our Production Manager, and then we of course have the wonderful Bee, who is our Scenic Designer, our Property Master, they are awesome. And they help out as well,” Mumford said.

The Mousetrap cast, though smaller than your average show, has some amazing actors in it and a wonderful crew helping to put on an amazing show.

“Come to the show, it’s going to be really good, don’t look at spoilers, and just come to enjoy a great night of murder mystery.”