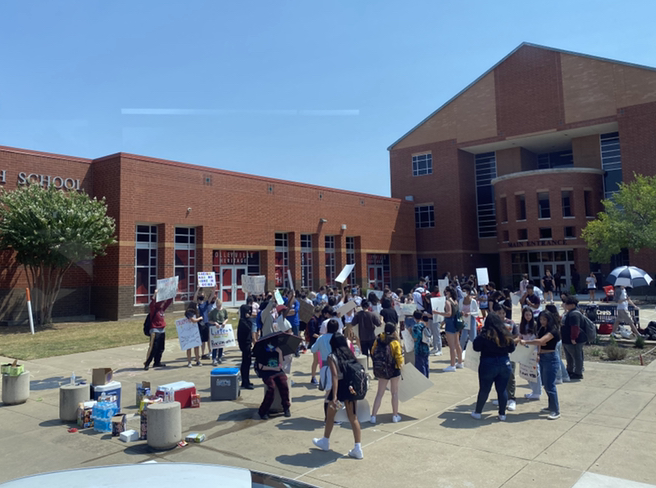 At least 100 students walked out before third period to stand outside the front of the school in a peaceful protest to argue against the suspension of principal James Whitfield, Ph.D this Thursday, September 9th.

The students left the building at the end of second period and most stayed out until around four in the afternoon, about five hours total. The event had been planned through social media, with another walk-out scheduled for Friday, September 10th. Most of the students stayed outside and skipped the rest of the school day. They chanted, held up signs and wrote messages in chalk on the sidewalk. Senior Stefan Klepper said some students involved in the protest didn’t know exactly what the group was fighting for and were not taking it seriously.

“When I went out there,” Klepper said, “everybody was chanting over microphones and they were rallying people to hold up signs. They were cheering certain things… They started circling around the school. One thing I really didn’t like about it was when they went to the courtyard and they were cussing at people that were looking out at them through the windows and they were throwing middle fingers and saying curse words and everything.”

Current interim principal Dave Denning sent out an email to parents after the walk-out on Thursday. In the email, he said the school is working with the Colleyville Police Department to “ensure that students that choose to participate are able to do so safely.” He stated that any student not in class when teachers take attendance will be marked with an unexcused absence, which can affect their eligibility for exam exceptions later in the year. He addressed the parents and asked them to encourage their students to stay in class.

“I want to reiterate,” Denning wrote in his email, “that while it is our goal in GCISD to teach students to become effective communicators and global citizens, leaving or disrupting class is not an appropriate way to demonstrate these traits. We expect students to behave in a responsible manner and not disrupt the learning environment. While the protest remained mainly peaceful, there were some violations of the GCISD Student Code of Conduct. Any violations of the GCISD Student Code of Conduct while participating in the walkout will be subject to the appropriate discipline.”

Multiple students have posted pictures and videos of the protest on social media. One of the chants said, ‘No more silence, no more lies. We will not be victimized,’ and was posted on many Instagram and Snapchat stories. Some students wrote messages in chalk on the concrete outside the front doors. One message wrote: ‘Where’s the Heritage?’ in reference to the school’s name. Lots of students also held up posters. Multiple stated, ‘Racism has no home in GCISD,’ which has also been seen at the protest held outside the GCISD board meeting earlier this school year. Another sign showed ‘Diversity and inclusion are NOT bad words’ and yet another said ‘Celebrate our differences.”

“People had signs, were chanting and left the lunch room,” freshman Mike McMurtre said. “Principals and staff ‘helped to contain’ the situation by locking the students outside. On top of that, one of the custodians flipped out on a group of non protestors for something. The students had to leave the school premises, I’m not sure where they went from there.”

The students took a lot of risks to be involved in the protest. Since they skipped classes to attend, they were at risk of jeopardizing their academic standing.

“It was kind of nerve-racking at first because each student who participated was either threatened of being kicked off a team, or nervous because other people didn’t agree with it,” sophomore Kyla Miller said. “Even though we all were a little nervous at first, once everyone was there we all united and protested for someone we loved because that was more important than everything else.”

Earlier this school year, student Sean Vo and some peers founded a group called SOSA, which stands for Student Organization for Social Advocacy. He has used its Instagram page to schedule protests, such as Thursday’s walk-out.

“My friends and I began to organize these demonstrations with hopes to start a student movement, purposed towards combatting racism and discrimination within our community and most especially to fight for our principal.”

Most of the students involved in Thursday’s walk-out, and others, will attend the second walk-out, Friday the 10th to continue protesting. Sophomore Kayli Hutsell was and will be involved in both.

“We will continue protesting and standing up for our principal until our demands are met,” Hutsell said. “I am hopeful that the board will stop choosing to ignore us and make the right decision.” 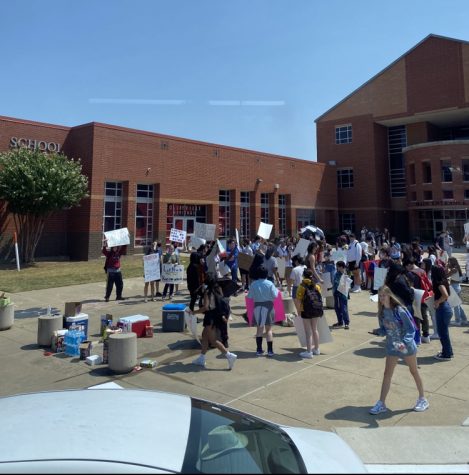 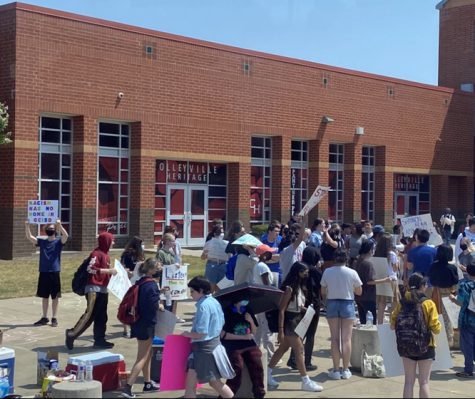 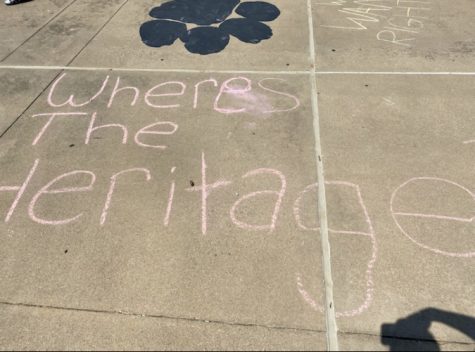 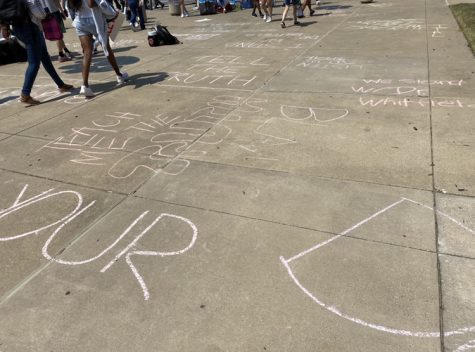 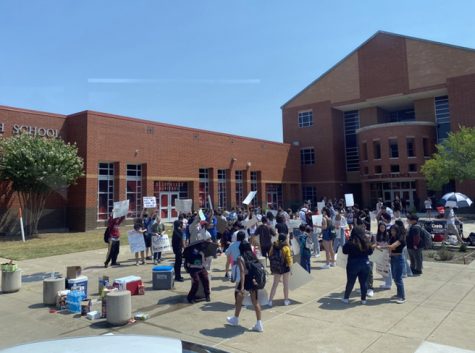 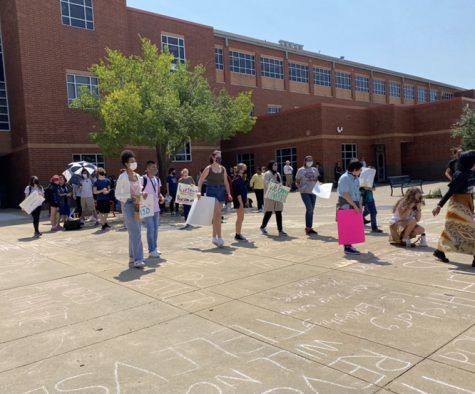 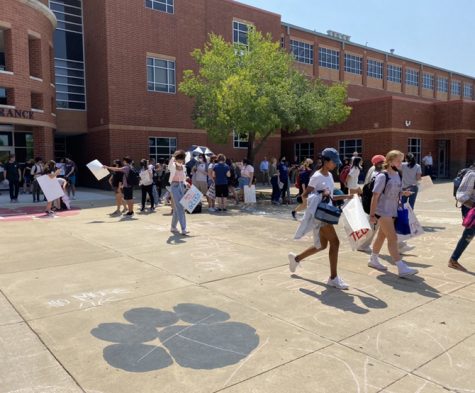